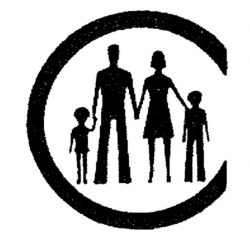 The Royston Community Association has brought together the various voluntary, charity and support groups within Royston to encourage communication and mutual help, to promote improvement for all in the longer term. The initial co-ordinator, Lindsay Davidson moved away in Jan 2021 and  Joanna Aldridge who is a Social Navigator at Granta Medical, was appointed in Feb 2021. Foillowing the first meeting in 2021 the groups title changed to the Royston Community Group.

The intention is that the network will:

• Gather together groups and individuals who want Royston to become a successful growing town with an approachable and supportive community.

• Enable us all to work and communicate with each other more effectively.

• Develop a strong co-ordinated voice about what we actually want and
need, so that Royston can get its fair share of possible future Government and private funding, and also have a chance to keep what we already have.

As a registered and long-established Royston charity, we may also be able to assist and advise small groups with grant applications, administration and policies.

Meetings and discussions will be held at Coombes Community Centre 2 or 3 times a year at times most convenient for members.As well as representatives from the RCA other groups represented include

We welcome hearing from any groups or individuals who would be interested in joining the group.

Links to the notes from previous meetings are below;